When and How Should to Replace a Car Battery? 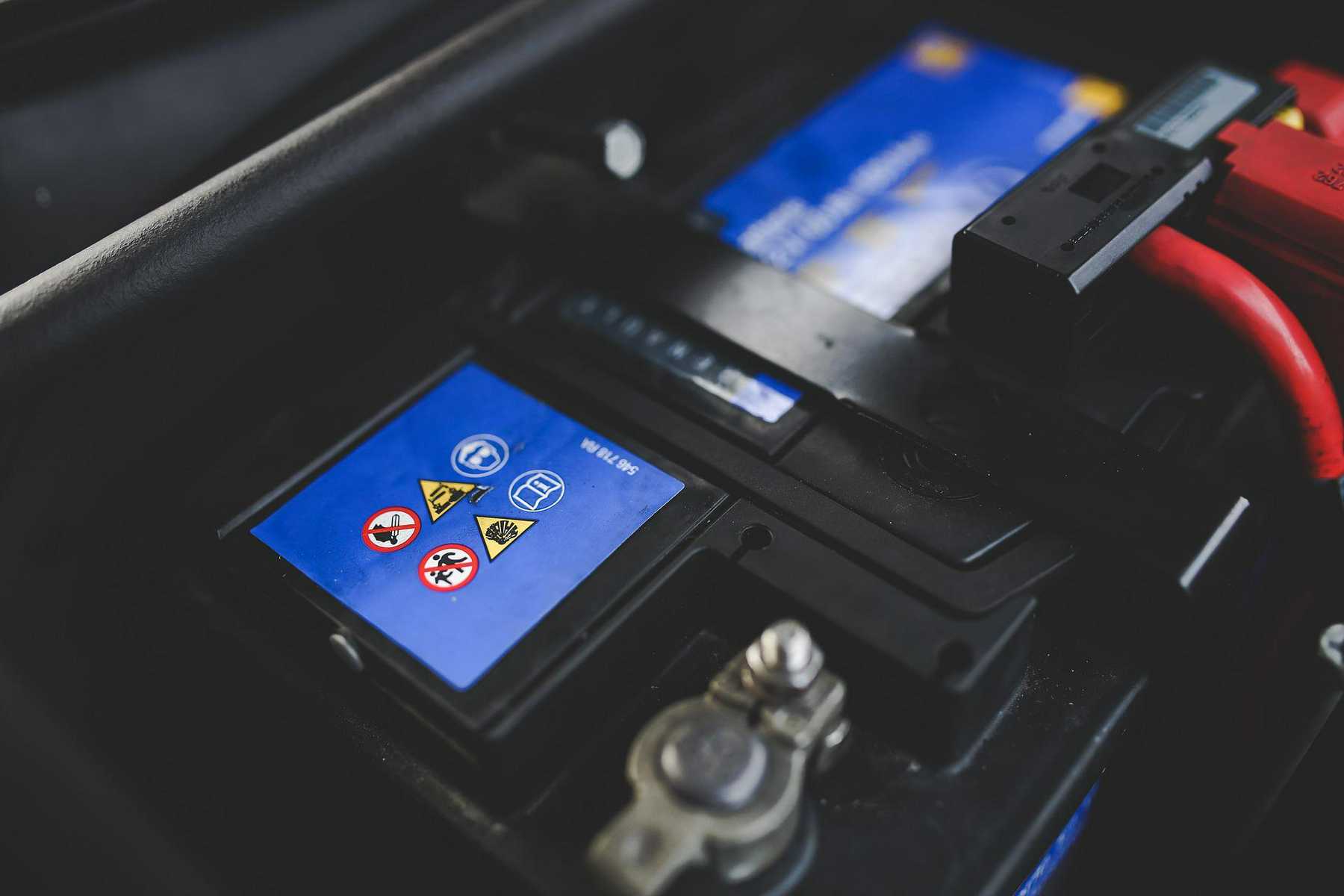 There aren’t many scenarios worst for drivers than seeing their car battery die on them. Whether it’s in a parking lot on a cold night or on the side of the road while you’re trying to get somewhere in a hurry, there really isn’t a good time or place to see your car battery stop working properly.

Unfortunately, there aren’t many obvious signs for when to replace a car battery. You’re usually not going to see a light pop up on your dashboard related to your battery unless something is seriously wrong with your charging system, and you’re not likely to see a drop in performance from your vehicle just because your battery is starting to die. There are a few signs to watch out for if you’re careful, but you need to be paying close attention to know when to change the car battery — otherwise, you’re going to find yourself having to change the battery out of necessity. Here are a few things you need to know before you get to that point!

This is one of the most obvious signs that something is seriously wrong with your battery: if your car isn’t starting without regular problems, you’re going to need to get a new battery in place rather quickly. In several cases, a car with a dying battery will start to turn slowly when you crank the ignition, or take multiple tries before it’s able to start properly.

If you’ve got a newer car with a push-button start, this might not be as obvious of a solution, as your vehicle might not start at all without a working battery. However, just because your vehicle won’t start doesn’t always mean that you’ve got a problem with the battery. If you’ve got an issue with starting a car with a push-button start, you’ll want to get a voltmeter to confirm whether it is the battery or another potential problem.

If you think that large amounts of corrosion on your car battery are just something that happen over time, they’re not. A little bit of corrosion is normal, but larger amounts are one of the most obvious signs that you need to replace the battery. That’s because that kind of corrosion only comes from one of two situations: either the battery is so old that it’s about to expire from old age anyway, or the battery has sprung a leak.

In most cases, a leak from your car battery isn’t going to make the car undriveable, but it is going to shorten the life of your battery and leave you on borrowed time before you have to look at getting a replacement. In either case, if you see a fair amount of gunk built up around the poles of the battery, it’s time for you to think about when to change the car battery before it finally gives out on you.

Battery problem signs don’t get more obvious than this one. Even if you’re not a car expert, you’ve almost certainly seen a battery and know what they normally look like and what they should not look like. If your battery has become misshapen, don’t wait around to have a problem with the car. This is something that needs to be addressed as soon as you get the chance. A battery that doesn’t look like the shape you would see in an auto parts store is a battery that isn’t going to last a lot longer.

Some drivers are simply excellent at taking care of their vehicle. They never miss an oil change or tire rotation and always take care of these things at the recommended time interval given by the manufacturer. They take their car to a reputable expert if they don’t know how to do something themselves, and they make sure to get everything checked out whenever their vehicle needs a service.

That said, even these drivers are still going to need to think about when to replace a car battery every four to five years, because that’s the length of time that the battery lasts even with optimal care. Unless you’ve got a warranty for the battery to last longer than that, four years should really be the maximum for you to even consider keeping the same battery in your vehicle without regularly checking it.

When you hit the four year mark, you don’t have to change it right away, but you do need to start preparing for when to change the car battery. Batteries are not cheap, and for many drivers, the expense of a new battery is something they’ll have to plan for a month or two in order to avoid a strain on their budget. That’s why when you hit the four-year mark, you should consider the car battery to be living on borrowed time from that point forward. As soon as you hit that time, you should start putting aside a few dollars here and there to make sure you can easily replace the battery at your first opportunity. As soon as you’ve got the financial flexibility to take care of it, that’s the time to get a new one installed.

OK, so you’ve determined that for one reason or another, the timeline for when to change your car battery has been moved to now. Now what?

Before you start messing with your current battery, you need to be sure that you’ve got the right battery for your car’s needs. This is where it’s a good idea to look at your car, how old it is and how much longer you plan to drive it. If you’re driving a fairly new vehicle, you’re going to want to make sure to choose a top-line battery that will last for the maximum amount of lifespan, as you’re almost certainly still going to be driving your car when the new battery’s life expires.

However, if you have an older car and you’re not sure if you’re still going to be driving it past another year or two, you’ll likely be better off saving a few dollars now and going for a less advanced model. The battery will still work just fine with your current vehicle’s needs, and it will last you long enough that you’ll be able to sell it to the vehicle’s next owner without any real issues.

If you’re in a cold climate, you’ll also need to make sure that you choose a battery that is equipped to start in colder temperatures. Obviously, if you make your home near Phoenix or Austin, starting the car in cold weather won’t really be a big deal for you. But in Denver, temperatures can routinely fall below 20 degrees, which can make things rather difficult for you if your battery can’t stand up to the weather. Before you look at when to change a car battery and how to do it, you need to be sure that you’re choosing the right battery for its needs.

How to Change a Car Battery

First, you’ll want to protect yourself with safety goggles as well as gloves. Battery acid can come out of a battery at any time, so you can’t leave skin or eyes exposed when changing a battery. You’ll also need to make sure to give the car time to cool so the battery can be safely removed.

When the car is cool, you’ll need to disconnect the battery cables, removing the negative first and then the positive. This is done because the negative cable is grounded, and therefore has no chance to cause sparks. You might have to loosen a clamp if the car is newer, but that shouldn’t pose much difficulty. Once the battery is free and disconnected, remove it from the vehicle and clean away any corrosion with a wire brush before putting the new battery in place. Put the correct washers in place, grease them up and attach the cables (positive first this time), and your car should be ready to go with its new battery!

When it comes to knowing when to change a car battery, it’s always better to be safe rather than sorry. If you’re taking the time to pay attention to your car and looking for any signs that it might give you, you’ll likely catch any problems with the battery before they have a chance to cause you problems on the road. A good rule of thumb: as soon as you think it might be time to think about when to replace your car battery, it’s probably the right time to at least consider it. Make sure to stay on top of your car battery’s performance and age to prevent disaster!

Car batteries are are only one part of maintaining a healthy car. It’s also important to regularly check your tire health. One of the easiest ways to do this is with Treads’ tire subscription service which helps you get a new set of tires at an affordable price and helps provide maintenance and roadside assistance as needed. 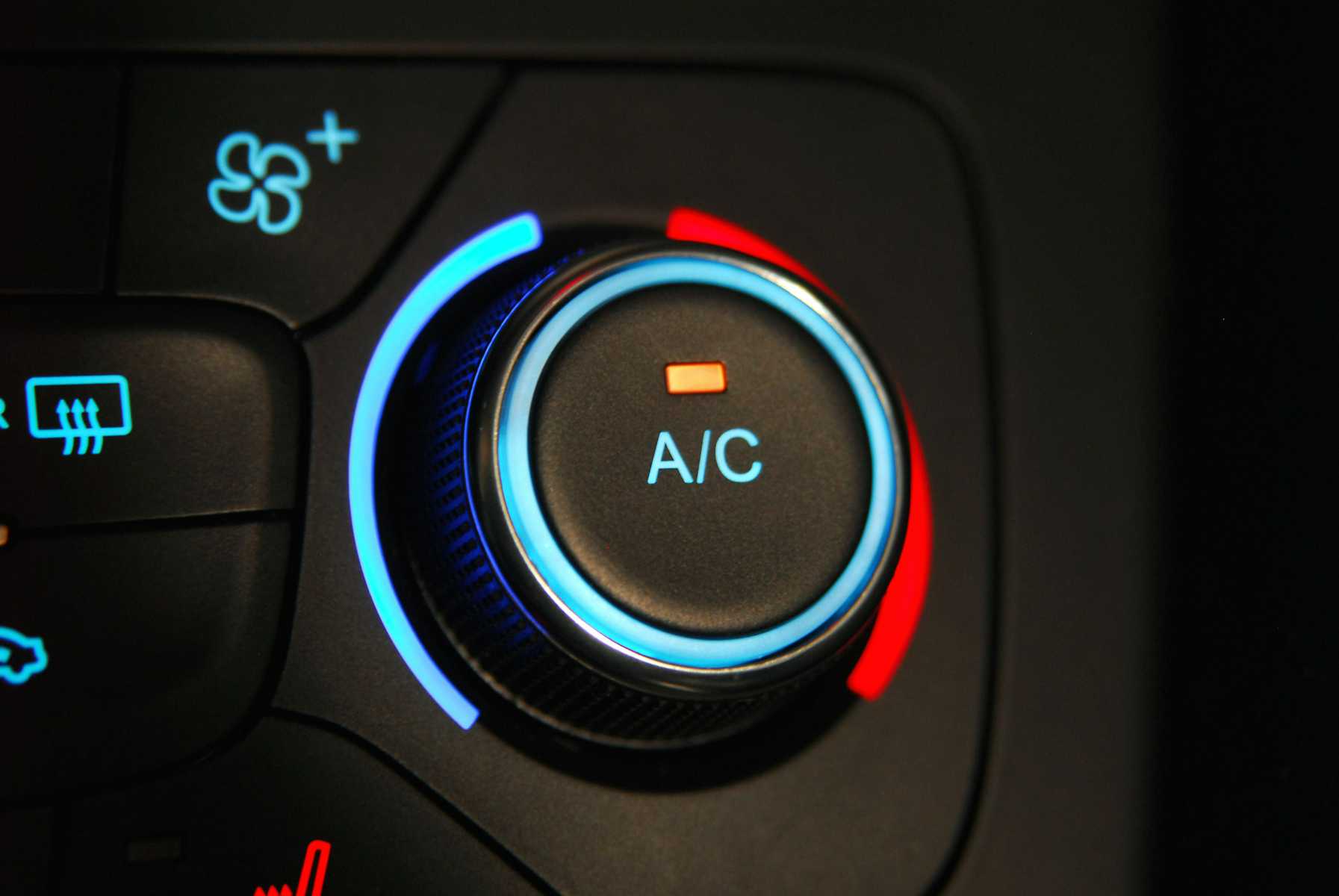 Why Does My Car Air Conditioner Smell Musty?

June 30, 2022
Wondering what the source of that musty air conditioner smell coming out of your car’s air vents is? Unfortunately, that unctuous odor could pose a
Read More 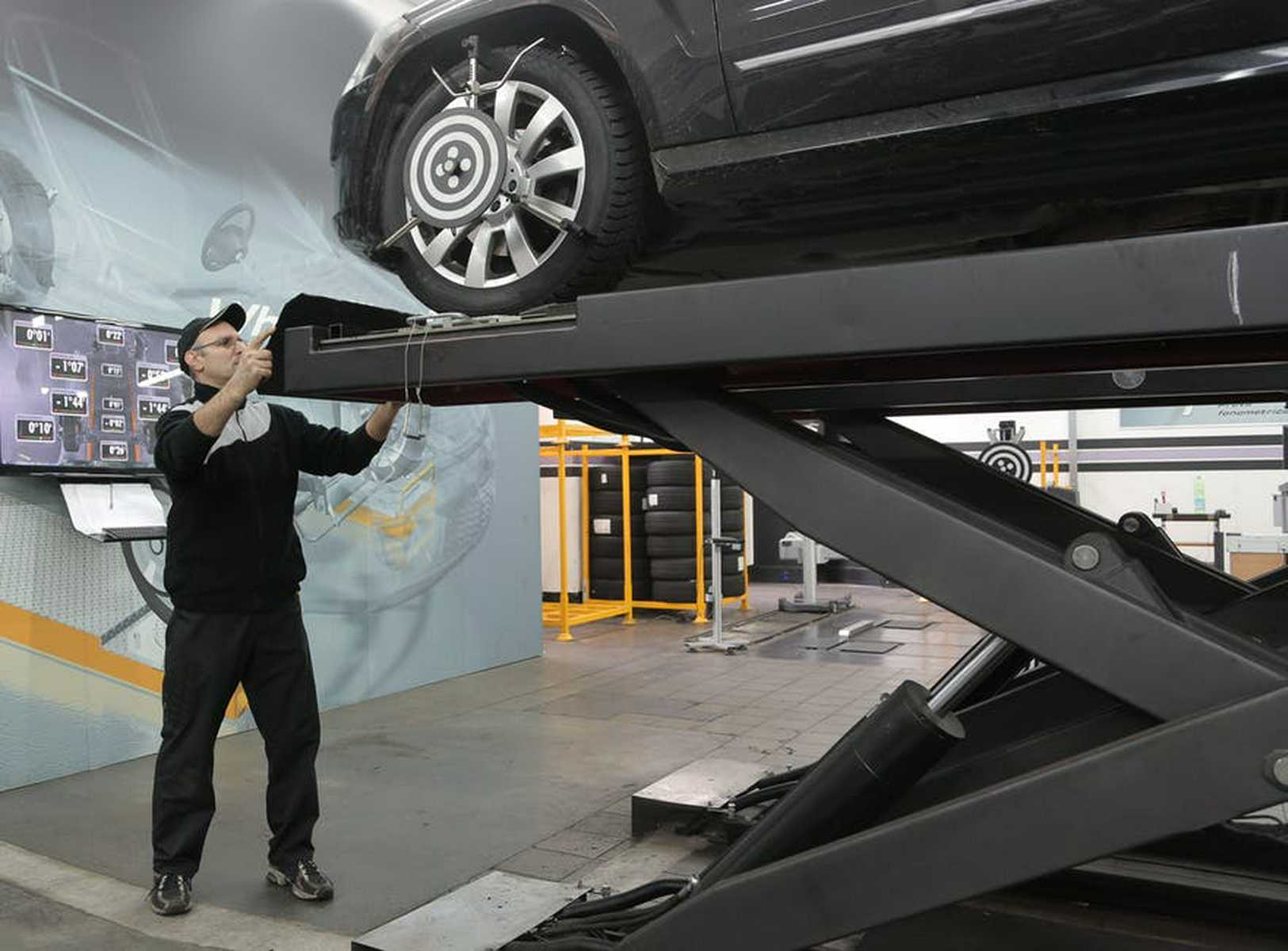 Everything To Know About Vehicle Diagnostics 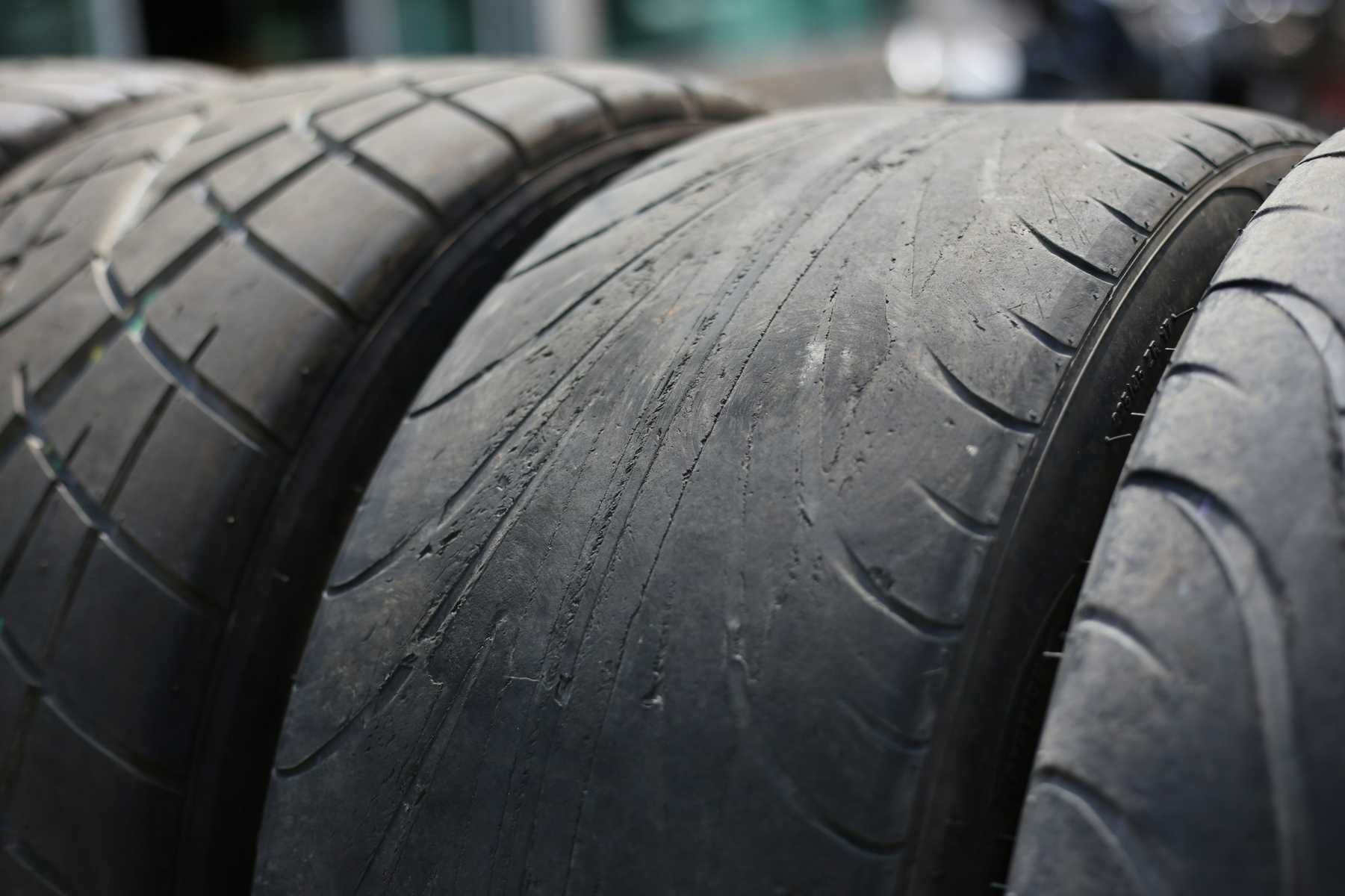 June 30, 2022
Do-it-yourself car maintenance has come a long way over the years. Besides pumping your gas for you, service stations in the 1960s could fix a tire and
Read More